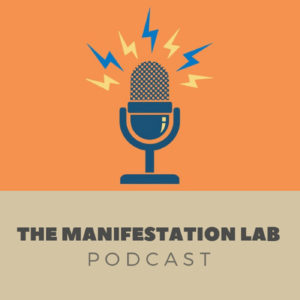 So as to your first question:

I am always of the thinking that it's perfectly fine to date other people and still want to be with Patrick. In fact, dating other people can be great way to re-engage yourself in your own life and not out too much focus on Patrick. In my experience, dating others (even just to have fun hanging out with others) helps remove a lot of the resistance one might have about needing to have the specific person in their life and can even facilitate the specific person manifesting, since you're not putting so much resistant focus on them because you're too busy having a good time. In short, you don't ever want to put your life on hold for anyone else, especially your specific person. Live your life the way you see fit and have the kind of fun you want to have. And don't worry too much about meeting someone great while you're dating others. the thing is this....and I know people don;t often want to hear it because they're so locked into the form of their specific person...your desires are not about a specific person, but about the way you want to feel (or think you will feel) when you're with them. So what is someone else comes along who is just as good, or even better, than Patrick? Would that really be so terrible? Right now you might think Patrick is the only person who can fulfill your desires for you. This is wrong on two basic fundamental levels. Firstly it's a lack mindset...meaning that you think great relationships and great people are rare somehow. Well, on a law of attraction level, if that's what you believe, then that's what you'll receive, right? Start adopting the belief that there are Patricks around every corner...and guess what...you will meet them everywhere! Literally! Everything you want is there in abundance. Only the ego thinks there are limitations in this universe. The Universal mind cannot even conceive of limitations.

Secondly, thinking that only Patrick will fulfill your needs and desires is being of the mindset that you (Sara) are somehow lacking something in yourself that only another person can fulfill. It's why people are often so scared about being single. They think they are somehow fundamentally incomplete or missing something. This is not true. You are totally complete already without another person. And from that understanding and mindset you will attract so many awesome people, and with such unbelievable ease, that you'll wonder why you ever put such importance on only one person to begin with.

As to your second question:

As I mentioned there are infinite versions of self. There are also infinite versions of Patrick and everyone and everything else. You need to stop thinking or worrying about others being there or manifesting him or him not wanting you or someone else instead. Really, as long as you keep doing that, that's what you will manifest. Even asking that question tells me where your focus is at. It's firmly on Patrick not being there. Firmly on this not being possible. Your physical reality is a mirror that will reflect back to you YOUR dominant beliefs and expectations...not Patrick's or anyone else's. Practice the belief (And it's a practice. There is no magic button that will do it for you. You have to just start doing it until it gets easier and easier, no matter how hard it may seem at first...fake it till you make it). A version of Patrick will be with someone else. The version of Patrick you want will be with you and only you. But you have to put your focus on that version and remove it completely from the other versions. It seems frustrating I know, but consider this: Right now the way you're focusing on him and all your worries about hom being with someone else is a habit. You've trained yourself into that habit of thinking by doing it over and over and over. That's why it seems so much easier to focus on the negative than the positive outcomes...because you have practice the negative thinking more. But this is good news. It means you can turn it around and right now begin deliberately practice thinking the opposite and the more you do, the more that becomes your dominant habit of thinking that will overpower and dominate the old habit of thinking. And there really is no other, or better, way to do it. But you will do it. It's actually much easier than you think. You just have to begin. Remember what I said: Distract yourself with things that are fun and make you feel good and it will get easier. Go date other people for a while. And don't overthink it so much...just focus on having fun! And in time you'll see that Patrick will just be like any other person in your mind and then manifesting him will be child's play. But it won;t happen if you keep worrying and fretting about him all the time.

I hope that answers your questions, Sara 🙂 Remember, it's all about forming new habits...and relaxing and just treating all this like a quirky and amusing game. The moment you take it all too seriously, life becomes difficult and tedious. When you just relax and lean into it a bit, then things become interesting and exciting and life will be full of wonderful surprises. You'll see 🙂

Your information will *never* be shared or sold to a 3rd party.